I capture the castle by Dodie Smith

An excerpt from I capture the castle by Dodie Smith 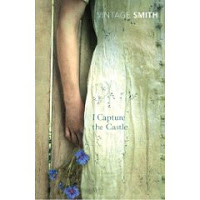 I thought that this passage which I’ve shared below is a master class in sharing one’s faith. I’ve no idea if the author was a Christian, but it is simply just a beautiful account of a vicar talking to a young girl about religion.  Don’t worry, this excerpt doesn’t contain any spoilers should you want to read the novel.

After that, we got started on religion, which surprised me rather, as the Vicar so seldom mentions it I mean, to our family; naturally it must come up in his daily life.

I said: “But I have tried it, haven’t I? I’ve been to church. It never seems to take.” He laughed and said he knew I’d exposed myself to infection occasionally.

“But catching things depends so much on one’s state of health. You should look in on the church if ever you’re mentally run down.”

I remembered my thoughts on the way to the village. “Oh, it wouldn’t be fair to rush to church because one was miserable” I said taking care to look particularly cheerful.

“It’d be most unfair not to, you’d be doing religion out of its very best chance.”

“Exactly. Of course, there are extremities at either end; extreme happiness invites religion almost as much as extreme misery.”

I told him I’d never thought of that. He helped me to some more madeira, then said: “In addition, I think religion has a chance of a look-in whenever the mind craves solace in music or poetry in any form of art at all. Personally, I think it is an art, the greatest one; an extension of the communion all the other arts attempt.”

“I suppose you mean communion with God.”

He gave such a snort of laughter that his madeira went the wrong way.

“What on earth did I say that was funny?” I asked, while he was mopping his eyes.

“It was the utter blankness of your tone. God might have been a long, wet week… which He’s certainly treating us to.”

He glanced at the window. The rain had started again, so heavily that the garden beyond the streaming panes was just a blur of green. “How the intelligent young do fight shy of the mention of God! It makes them feel both bored and superior.”

I tried to explain: “Well, once you stop believing in an old gentleman with a beard . . . It’s only the word God, you know it makes such a conventional noise.”

“It’s merely shorthand for where we come from, where we’re going, and what it’s all about.”

“And do religious people find out what it’s all about? Do they really get the answer to the riddle?”

“They get just a whiff of an answer sometimes.”

He smiled at me and I smiled back and we both drank our madeira. Then he went on: “I suppose church services make a conventional noise to you, too and I rather understand it. Oh, they’re all right for the old hands and they make for sociability, but I sometimes think their main use is to help weather churches like smoking pipes to colour them, you know. If any well, unreligious person, needed consolation from religion, I’d advise him or her to sit in an empty church. Sit, not kneel. And listen, not pray. Prayer’s a very tricky business.”

“Well, for inexperienced pray-ers it sometimes is. You see, they’re apt to think of God as a slot-machine. If nothing comes out they say ‘I knew dashed well it was empty’ when the whole secret of prayer is knowing the machine’s full.”

“By filling it oneself.”

“With faith. I expect you find that another boring word. And I warn you this slot-machine metaphor is going to break down at any moment. But if ever you’re feeling very unhappy which you obviously aren’t at present, after all the good fortune that’s come to your family recently well, try sitting in an empty church.”

“And listening for a whiff?”

We both laughed and then he said that it was just as reasonable to talk of smelling or tasting God as of seeing or hearing Him.

“If one ever has any luck, one will know with all one’s senses and none of them. Probably as good a way as any of describing it is that we shall ‘come over all queer’.”

“But haven’t you already?”

He sighed and said the whiffs were few and far between. “But the memory of them everlasting,” he added softly. Then we fell silent, both of us staring at the fire. Rain kept falling down the chimney, making little hissing noises. I thought what a good man he is, yet never annoyingly holy. And it struck me for the first time that if such a clever, highly educated man can believe in religion, it is almost impudent of an ignorant person like me to feel bored and superior about it for I realized that it wasn’t only the word “God” that made me feel like that.

Many congratulations to our curate Rev'd Mike on being ordained priest today. We are looking forward to his first eucharist at Clowne Parish Church at 10am tomorrow. #newrevs