Watch this 1 minute film and then read on:

In those days Caesar Augustus issued a decree that a census should be taken of the entire Roman world. (This was the first census that took place whilet Quirinius was governor of Syria.) And everyone went to their own town to register.

So Joseph also went up from the town of Nazareth in Galilee to Judea, to Bethlehem the town of David, because he belonged to the house and line of David. He went there to register with Mary, who was pledged to be married to him and was expecting a child. While they were there, the time came for the baby to be born, and she gave birth to her firstborn, a son. She wrapped him in cloths and placed him in a manger, because there was no guest room available for them.

I love Luke’s Gospel. I think if you could meet Luke he would describe himself as a ‘details person’. At the beginning of his Gospel and at the beginning of the book of Acts which he also wrote, he addresses this mysterious figure called ‘Theophilus’ – who could have been a real person or it could represent all those who love God (which is what the name means) and says:

” I myself have carefully investigated everything from the beginning, I too decided to write an orderly account for you, most excellent Theophilus  so that you may know the certainty of the things you have been taught.” (Luke 1:3)

This comes across at the beginning of today’s reading with all this business about a Roman census and who was governor at the time. This places these extraordinary events firmly in history – they really happened! This is not a ‘once upon a time’ story, this is a ‘once upon that year when Quirinius was governor of Syria, Theophilus, remember him?…’

I’m also struck by the mundaneness of the reason Mary and Joseph had to go to Bethlehem. They were at the mercy of a bureaucratic system. Hopefully you saw the video above from the excellent Paperless Christmas website (there are 9 of these brilliant films altogether free to download). This gets the message across very clearly, the struggle of a long journey – something that with all our modern trappings we all still know the meaning of! 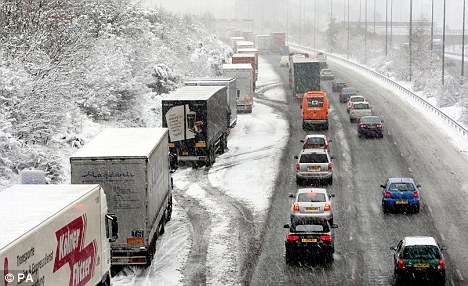 I couldn’t help but think of the people stuck in traffic this week because of the snow. I was on a very slow moving bus trying to reach home on Wednesday. One of my friends on Twitter’s wife is expecting – I don’t know if she’s had the baby yet but as I read this passage today and watched the video it made me think of her.

And then, in the routine of normal daily life for a group of shepherds, Gabriel and his mighty army of angels (that is what a ‘heavenly host’ is!) burst onto the scene.

And there were shepherds living out in the fields nearby, keeping watch over their flocks at night. An angel of the Lord appeared to them, and the glory of the Lord shone around them, and they were terrified. But the angel said to them,

“Do not be afraid. I bring you good news that will cause great joy for all the people. Today in the town of David a Saviour has been born to you; he is the Messiah, the Lord. This will be a sign to you: You will find a baby wrapped in cloths and lying in a manger.”

Suddenly a great company of the heavenly host appeared with the angel, praising God and saying,

“Glory to God in the highest heaven,

and on earth peace to those on whom his favour rests.”

When the angels had left them and gone into heaven, the shepherds said to one another, “Let’s go to Bethlehem and see this thing that has happened, which the Lord has told us about.”

So they hurried off and found Mary and Joseph, and the baby, who was lying in the manger. When they had seen him, they spread the word concerning what had been told them about this child, and all who heard it were amazed at what the shepherds said to them. But Mary treasured up all these things and pondered them in her heart. The shepherds returned, glorifying and praising God for all the things they had heard and seen, which were just as they had been told.

So to people at the mercy of bureaucracy and politics, the daily grind of existence, God’s glory bursts through. And the message?

So if you’re stuck in a situation that you can’t control – maybe some bureaucrat is stopping you being able to do something which is perfectly sensible. Or if you are just fed up of the drudgery of work. Or if the current political situation is getting you down. Or if you are trying to get to a destination and everything seems lost. God’s message to you is:

He sent an ARMY of angels to tell the shepherds that.

Shepherds in New Testament times were viewed in a similar way to gypsy communities are in our society. They were mistrusted, many were homeless, and they, like women, weren’t allowed to testify in a court of law – their word didn’t count for anything. And yet, God sends his army of messenger angels to tell them:

And then to tell them – ‘I have chosen you to be the first to hear the greatest piece of news, that will be for all people in all nations and generations to come – that the Messiah is born to you today’.

This week's #chalkboard is a favourite Bible verse - "Blessed are those who trust in the Lord , whose trust is the Lord . They shall be like a tree planted by water, sending out its roots by the stream. It shall not fear when heat comes, and its leaves shall stay green; in the year of drought it is not anxious, and it does not cease to bear fruit."