Aslan is on the move – Mark Chapter 1 – Ash Wednesday

I love Mark’s gospel. It reads as if he’s out of breath all the way through. It was written in a very basic form of Greek and is the earliest written of the four gospels. You can tell Greek isn’t Mark’s first language, it’s simple and straightforward. Mark begins his gospel with the word beginning – or as Tom Wright translates it, ‘the start’. I remember studying this chapter of Mark in Estonian some years ago. In the Estonian version, because of the way the language works, the first word of Mark’s gospel is Jesus – the first verse reads like:

Jesus Christ, the son of God’s good news, the beginning.

So we’re not left in any doubt as to what and who this good news is – it’s about the person of Jesus Christ!

Mark then jumps straight into talking about John the Baptist. Tom Wright in his book refers to how, rather than the idea of repentance being about introspection and looking back, that John’s call is about the future, about preparation. It’s tempting sometimes to see Ash Wednesday as a very sombre day, and in some respects it is. But John, and Mark in his gospel are creating a sense of expectation and excitement. I think the best portrayal of this message is to be found in the Chronicles of Narnia as Mr Beaver says ‘Aslan is on the move’ – this statement and the talk about this ‘Aslan’ at the beginning of the Lion, the Witch and the Wardrobe creates a sense of excitement in the reader. 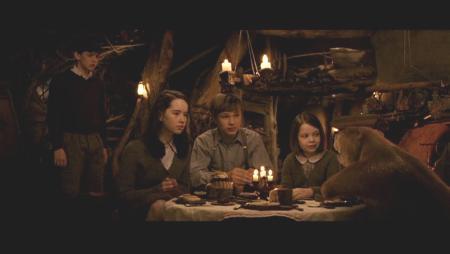 Who is this ‘Aslan’? That’s the question asked throughout Mark’s gospel – ‘Who is this Jesus?’

I often find Lent a time of rediscovery. I hope and pray that this year that will happen both for me and for you as we learn again who this Jesus is and why He is the Good News.

I’ll leave you with the collect for Ash Wednesday, a beautiful prayer with which to start Lent:

Almighty and everlasting God,you hate nothing that you have madeand forgive the sins of all those who are penitent:create and make in us new and contrite heartsthat we, worthily lamenting our sinsand acknowledging our wretchedness,may receive from you, the God of all mercy,perfect remission and forgiveness;through Jesus Christ your Son our Lord,who is alive and reigns with you,in the unity of the Holy Spirit,one God, now and for ever.

© The Archbishops’ Council of the Church of England, 2000-2005All of the official Common Worship publications are available from Church House Publishing.

Someone gave me an old #Clowne Parish newsletter from 1944 and I found this charming piece about Princess Elizabeth's coming of age, fun to read in this #Jubilee year.